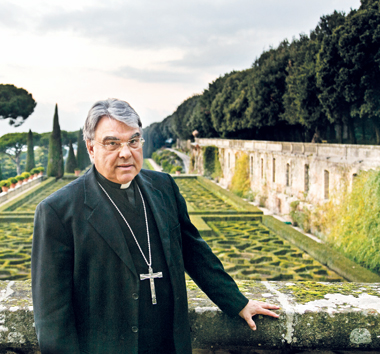 Isn’t it wonderful that we have a Bishop in our family?

Marcello Semeraro is a Roman Catholic prelate, Bishop of Albano, and secretary to the group of 8 cardinals named by Pope Francis to advise him.

April 13, 2013 Pope Francis appointed him secretary of the group of cardinals called to advise him in governing the universal Church and to study a draft revision of the Roman Curia . On November 4, 2013 the pope called him to also cover the office of Apostolic Administrator ad nutum Sanctae Sedis of territorial abbey of Santa Maria di Grottaferrata .

Here is the Article about him on Wikipedia: